HERE I am in Melbourne – the auction capital of Australia – but I must say it’s times like this that we are grateful for the size and overall geographic spread of our business as we navigate the new landscape.

Overall our trading sales value for Australia and NZ came in just over $3.66B, eight per cent less than October 2017.  There’s no doubt that the remarkable result in New Zealand helped immensely with more than $834M for the month, or a whopping 31 per cent up on last year. 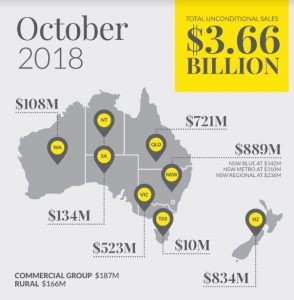 Ray White New Zealand October results are in fact 42 per cent above last month September 2018. Our NZ chief executive officer Carey Smith said that while the main markets of Auckland, Wellington and Christchurch showed strong buyer and seller confidence it was in regional New Zealand that there continues to be significant gains in residential property prices as buyers seek to find value in the non-metropolitan areas. The month saw also a significant rise in listings. It is the first time Ray White New Zealand has had more than 2000 properties listed on a controlled basis in a single month. This will create more selection for buyers and while prices remain stable and interest rates low we see continued activity at good levels.

We approached October with some equals amounts of excitement and trepidation as we know how crucial spring selling season is to all our vendors. There’s no school holidays and no football finals and therefore no excuses – it’s a genuine bellwether for the rest of spring and summer.

Our Australian results are down 16 per cent on last year, with all markets falling in the range of eight per cent – 23 per cent, except Western Australia which was up 14 per cent and our rural network which was up nine per cent.

Queensland continues with a solid $721M (down eight per cent year on year) in unconditional sales in October. There were some offices in Queensland that had personal best months including heavyweight offices New Farm ($49M) and Sanctuary Cove ($21M), as well as a number of emerging offices like Bracken Ridge, Marsden and Redcliffe. NSW booked $889M and Victoria finished with $523M in sales. 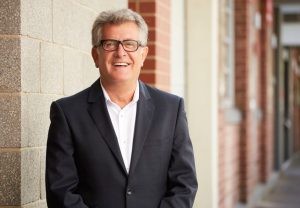 In SA we recently announced the news that we have consolidated to full ownership of the franchisor, and we recognised the enormous contribution of our former partner  Nick George.  We’ve enjoyed a close relationship with Nick for more than  25 years after he started Ray White in Adelaide from scratch and built a remarkable and now market-leading business throughout SA and NT over this time and we are blessed by so many wonderful members committed to excellence and continuous improvement.

Market share, number of appraisals, new listings and auctions continues to rise. Our focus on auctions, especially in the current environment, is generating some fascinating data and new energy in understanding the importance of auctions and marketing.

During the month, our members cleared 49 per cent of all 1255 auctions we conducted across Australasia. We know that 54,500 people attended our auctions, with 31 people the average crowd size and 2.1 average registered bidders. The highest auction sale was achieved in Remuera by Steen Neilsen when he sold a Parnell house for over $4.9M in front of 100 onlookers. Congratulations to Paula Standaven of Ferrymead who had an incredible 20 registered bidders for her listing in Summer, Christchurch which ended up selling for the knock down price of $1.332M in a thrilling auction.

NPS continues to rise in all key metrics of promoters, responses and score, showing that strong customer service can be achieved in more challenging markets. Our NPS score jumped dramatically to 81 in October which is great to see, and we sent close to 9000 surveys to ours buyers and sellers. 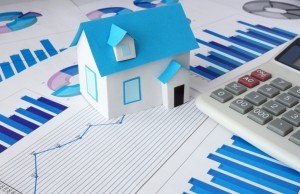 Our brokers at Loan Market, had a strong month with lodgements of $1.27B, approvals $908M and $800M in settlements.Chief operating officer Stephen Scahill said there was continued strength in pipeline numbers. Conversion rates were falling as lender credit policy tightens but Loan Market’s own product – Loan Market Go recorded best ever result.

I know it feels like the year is rapidly coming to an end but this is a critical period of planning for a good start to 2019 so if there’s anything your support team in corporate can do to help, just ask us.